UPDATES ON THE AIRING DATE OF EMPIRE " The long awaited series'

April 01, 2018
Empire is a show that centers around a hip pop music and entertainment company together with the drama and complications among the members of the founders family 'Lucious Lyon'. Season 3 ended with Lucious losing his memory in an accident. Season 4 began with the war between the Lyons and the Dubois but the Dubois were defeated and conquered by the Lyons in the end. Empire is currently rated 7.7/10 by IMDB. The last episode of the mid-season ended with a lot of drama which includes Jamal shooting Angelo, Andre confessing to Lucious about his accident and Lucious getting kidnapped by his nurse 'Claudia'.
Below is a picture of the Lyon Family 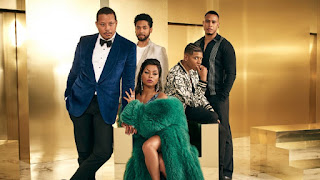 The last nine episodes of season 4 was set to be released on the 29th of March. I gladly announce to you that episode 10 of empire season 4 was released two days ago. Empire is featuring 18 episodes in this season and all the other episodes will be released on weekly basis.We all agree that the first 9 episodes of season 4 was interesting and full of suspense. which of the following events shocked you the most:
1.Claudia kidnapping Lucious
2. Jamal shooting Angelo
3. Andre's confession to Lucious
I guess the real question here is, is Angelo really dead?  Will Jamal go to prison for his actions?  Why was Lucious kidnapped right after Andre confessed to him? And will Lucious forgive Andre for plotting to kill him?

Popular posts from this blog

'SIREN' A MUST WATCH SERIES 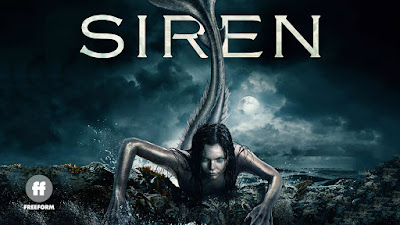 Are you looking for a new series to watch? Are you having a hard time finding a better series ? After watching Game of Thrones, Originals, The Flash, Orange is the new black, Empire and all the best series you can talk of, sometimes it feels like there are no better new series out there.  That's  a fallacy. Most people have difficulty in starting a new series and as a result, they end up repeating the same series they've watched over and over again. I am personally a victim but not anymore. I decided to try a new series titled 'Siren' yesterday, and trust me Siren is a Must watch series.                Filming  takes place in Bristol Cove, a town known for its legends of once being home to mermaids. However, the arrival of a mysterious girl proves that mermaids are real. The movie started airing about a month ago and currently, only four episodes of season 1 has been aired/released but surprisingly, Siren is rated 7.4/10 by IMDB. The fifth episode of siren airs 6day
Read more